Explosives Ordnance Disposal Operator, Simon Hannaford is on the final leg of his epic Triathlon which began on 1st June 2021.

The “FELIXTRI26” challenge has seen Si complete a 21-mile swim, an 874-mile cycle from Land’s End to John O’Groats, and now Si is running over 700 miles back down to Bicester, the first mile of which was in a bomb disposal suit!

In total, the triathlon covers over 1750 miles in 26 days and is a world-record attempt.

The Aardvark Group is proud to support Si as a principal sponsor for this event to raise money for  Felix Fund-The Bomb Disposal Charity and The Hummingbird Centre in Bicester, a cancer support centre.

Si is documenting his challenge on YouTube – see his latest entry below and subscribe for further updates.

Si has spent 27 years in the British Army, now specialising in Improvised Explosives Devices. Please get behind him on his last leg and donate, if you are able: World Record for charity 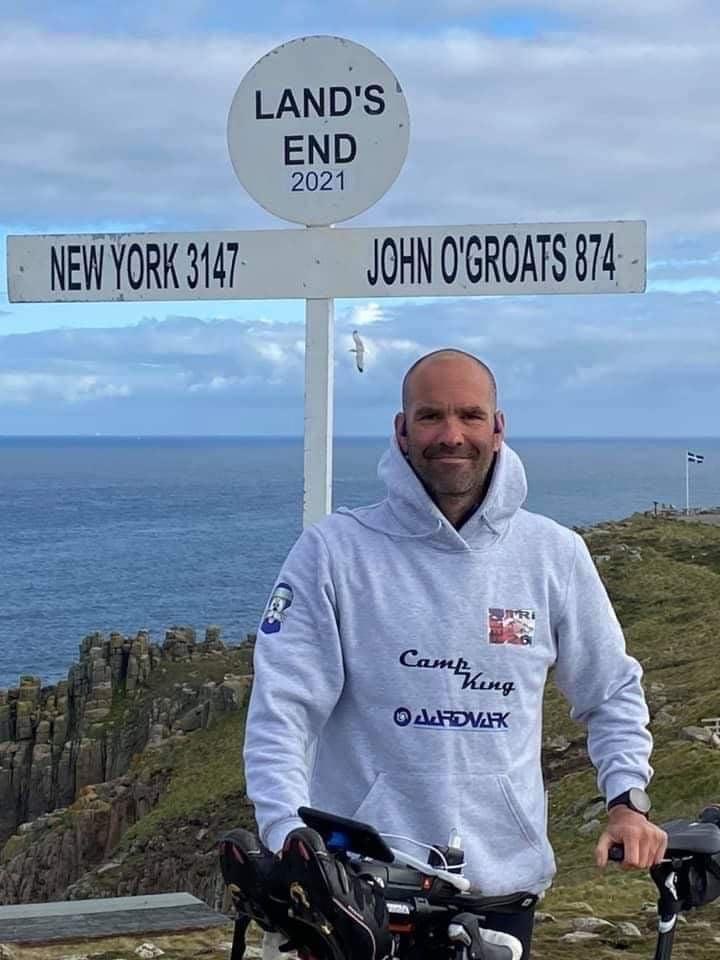 Keep going, Si! You’ve got this!

This website uses cookies to improve your experience while you navigate through the website. Out of these cookies, the cookies that are categorized as necessary are stored on your browser as they are essential for the working of basic functionalities of the website. We also use third-party cookies that help us analyze and understand how you use this website. These cookies will be stored in your browser only with your consent. You also have the option to opt-out of these cookies. But opting out of some of these cookies may have an effect on your browsing experience.
Necessary Always Enabled
Necessary cookies are absolutely essential for the website to function properly. This category only includes cookies that ensures basic functionalities and security features of the website. These cookies do not store any personal information.
Non-necessary
Any cookies that may not be particularly necessary for the website to function and is used specifically to collect user personal data via analytics, ads, other embedded contents are termed as non-necessary cookies. It is mandatory to procure user consent prior to running these cookies on your website.
SAVE & ACCEPT
error: Content is protected !!